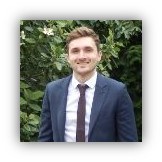 In 2013, Craig graduated from the University of Exeter having completed a degree in BSc Biological Sciences, achieving an upper second-class degree. After a short break from academics to travel, he was invited to undertake an MSc by Research degree in the Environmental Biology Research Group at the University of Exeter in collaboration with Plymouth Marine Laboratory. The research project completed for his Masters focussed upon investigating microplastic ingestion by zooplankton using novel methods. During this time, Craig was invited by Prof Thomas Kiørboe to carry out high-speed observations of zooplankton at Denmark Technical University Aqua. Following the awarding of his Master’s degree in 2015, Craig completed roles in the environmental charity sector, before entering a position at Springer Nature’s Scientific Reports. In 2017, Craig was offered a NERC CENTA DTP studentship, commencing an interdisciplinary PhD under the supervision of Dr. Gemma-Louise Davies of UCL and Dr. Joseph Christie-Oleza of the University of Warwick. Craig completed his PhD in the Summer of 2021 and is presently working as a Postdoctoral Fellow at the University of Oxford.

Craig’s academic interests focus upon the impact of anthropogenic activity upon the environment, particularly the marine environment. His research focuses upon the ecotoxic effects of pollutants within the marine ecosystem, investigating effects at both the ecosystem and organism level. Through his research, Craig hopes to have a positive impact upon the conservation of biodiversity by influencing policy on the release and management of substances into the environment. During his PhD, Craig will investigate the ecotoxic effects of nanomaterials in the marine environment. A suite of nanomaterials will be produced and characterised in the lab before their use in toxicity experiments with natural marine microbial communities. Subsequently, the mechanisms of observed effects upon marine microbes will be examined using a number of model marine microbe species.

We additionally thanks Energenics UK for supplying materials and advice.

Well done to Dr Craig Dedman who has been awarded a Doctoral Researcher Award 2021 Recognition Award (more info) – many congratulations!

Welcome to new PDRF Dr Fuqiang Chang, who joins the group to work on our new EPSRC-funded project on 1D nanomaterials.

Congratulations to Craig Dedman, who has had an excellent month, with the acceptance and publication of two fantastic papers investigating the interactions of nanoparticles with marine microbes: read about titania here and ceria here! Work co-supervised with Dr Joseph Christie-Oleza, University of the Balearic Islands.

Welcome to new PhD students Adila Islam and Aoife Kavanagh, who joined the group in October through the Centre for Doctoral Training in the Advanced Characterisation of Materials – looking forward to welcoming you to the team and working with you!