Alex (left), Marwa (middle) and Connor (right) delivered their 1st year PhD talks today in the Department of Chemistry – congratulations on a fantastic set of talks!

Albeit early, the group celebrated their Christmas party along with the Scanlon, Knapp and Palgrave groups.

And the selfie snap a little later on in the evening!

This year, as the group is split between UCL and the University of Warwick, we had two Christmas parties!

Christmas party #1: with members of the Davies, Scanlon, Palgrave and Knapp groups of the Department of Chemistry, UCL.

Gemma-Louise was invited to speak at the RS-IBS bilateral conference to encourage collaboration between the UK and South Korea. The conference took place in September 2017, in Daejeon, South Korea. Go here for more details on the conference and here for a report (in Korean) on the successful meeting!

Charlotte Fletcher attended the SCI’s summer conference and BBQ in September in London and won the ‘Best Poster’ award – congratulations! 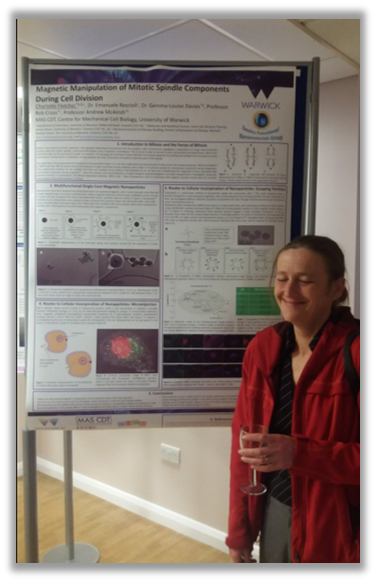 Charlotte with her Prize-winning poster!

Henry and Gemma attended the 13th Materials Chemistry Conference in Liverpool in July 2017, meeting lots of fantastic colleagues and seeing some wonderful and innovative science!

Left to right: tiny Gemma giving her talk in the main hall; the group’s two posters; Gemma with Prof. Ram Seshadri from UCSB.

The Davies and Gibson groups had home made cocktails and pizza to celebrate Prof. Gibson’s promotion (to Prof.!) and Dr Davies’ move to UCL.

Gemma returned to Trinity College Dublin for a Networking event in the beautiful Dining Hall.

The Davies and Gibson groups joined forces to celebrate a fantastic year of science with dinner and drinks in Leamington Spa!

Gemma was an invited speaker at the CTMNM2016 meeting in Pylos, Greece in October 2016. After an eventful trip (due to air traffic controller strikes!), she eventually got there and enjoyed some science, scenery and an excursion to Ancient Messini!

Left: Conference booklet; Middle: Pylos in southern Greece; Right: Some of the conference delegates in the amphitheatre of Ancient Messini.

The Davies and Gibson groups went to the Twisted Barrel Ale Brewery in Coventry for their first welcome social of the academic year for beer and pizza! 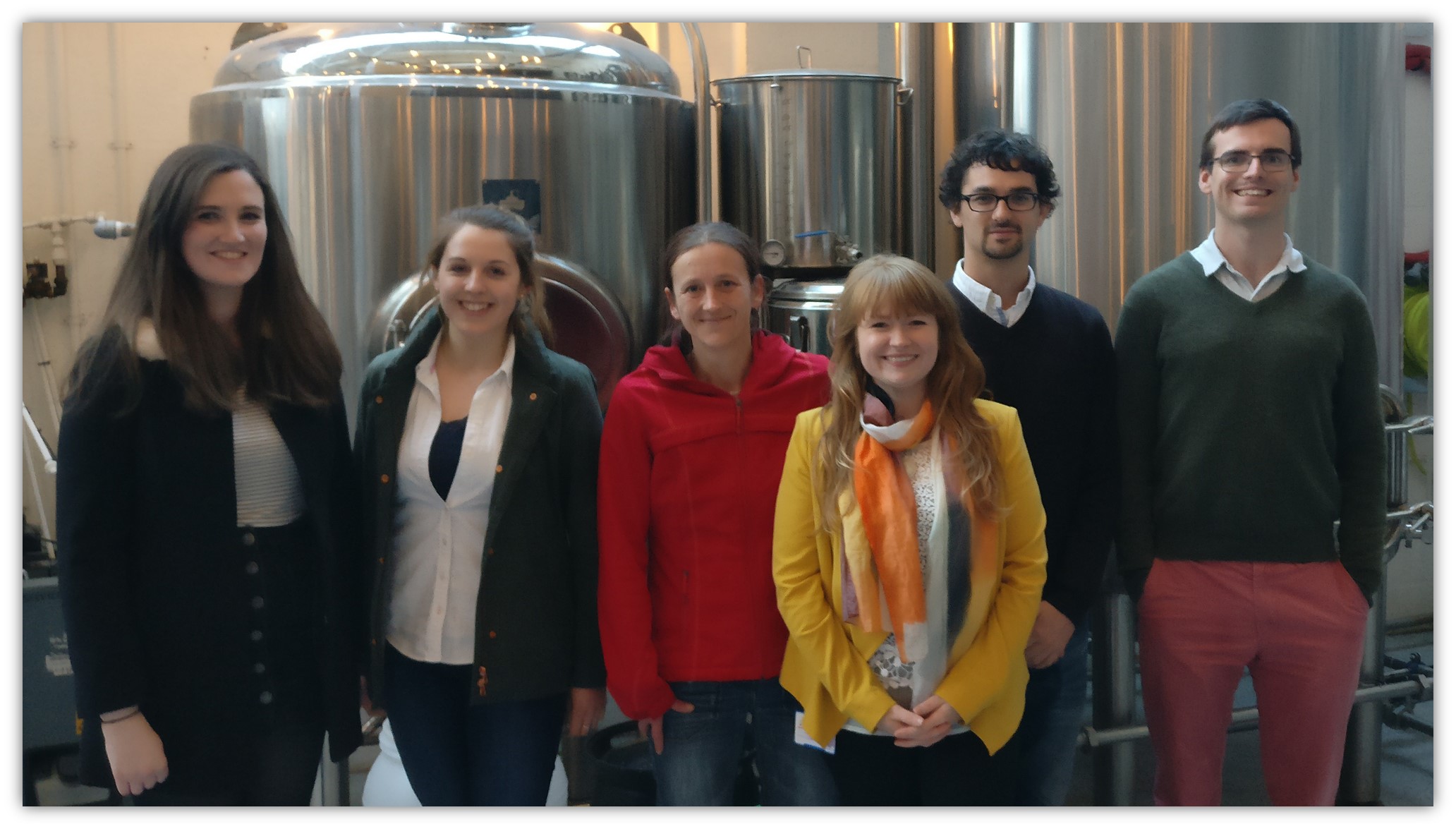 The Davies and Gibson groups enjoying craft beer and an intro talk.

Gemma-Louise was invited to speak at a COST-Network ‘Path towards independence: Young scientists’ careers in Europe’ meeting, to describe the opportunities available in the UK and Ireland. More details about this network can be found here. 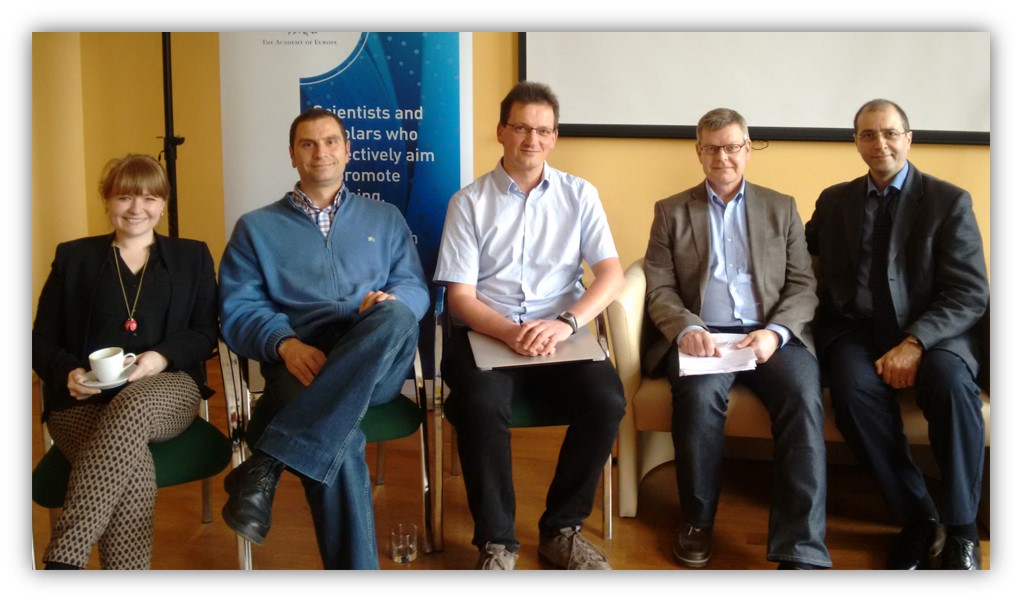 Gemma-Louise attended a CRUK Sandpit event on Early Diagnosis of Cancer in December 2015 and was awarded a grant, along with some fantastic new collaborators towards the early diagnosis of bowel cancer.

This story was also featured on the Trinity College Dublin Chemistry Alumni page.

This story was also featured on the School of Chemistry Trinity College Dublin page.

Congratulations to Craig Dedman, who has had an excellent month, with the acceptance and publication of two fantastic papers investigating the interactions of nanoparticles with marine microbes: read about titania here and ceria here! Work co-supervised with Dr Joseph Christie-Oleza, University of the Balearic Islands.

Welcome to new PhD students Adila Islam and Aoife Kavanagh, who joined the group in October through the Centre for Doctoral Training in the Advanced Characterisation of Materials – looking forward to welcoming you to the team and working with you!

First Dr from the group!

Clarissa’s review on Pickering emulsions for biomedical applications was published in Current Opinions in Colloid and Interface Science, as part of the Outstanding Young Researchers Issue. Click here to read it!